Vadodara poses a rich cultural heritage as well as enthralling traditions and customs and is also known as Sanskari Nagari. Vadodara is a major center for education, industrialization and commercialization. Some of the biggest industries, schools and universities and businessmen exist in Vadodara. Apart from these factors, Vadodara also has exceptional sites to visit for tourists. It is a dominant tourist destination in India and the world. Palaces, forts, gardens, parks, religious sites, lakes and many more attracts entice the visitors to the exotic city. The historical monuments of Vadodara are important attractions for the travelers during their journey to the place. They all have their own significance in some way or the other and our famous worldwide.

Amidst these structures, the most popular and captivating ones include Laxmi Vilas Palace, Nazarbaug Palace, Makarpura Palace, Pratap Vilas Palace, Hazira Maqbara, Sri Aurobindo Niwas, Dabhoi, Chhota Udepur, Mandvi Gate, Nyay Mandir, Lehripura Gate, Sayaji Bagh and Khanderao Market. These places form an important part of the heritage of the city. The interiors and architecture of these sites blow the minds of the excursionists.

The Laxmi Vilas Palace was built by the great architect and ruler Maharaja Sayaji Rao III in the year 1890. Currently this palace is the place where the royal family resides. The palace houses a gigantic hall within the premises very finely decorated with Italian designs. The palace was completed in 12 years by the mastermind and his workers.
Address: Moti Baug, JN Marg, Vadodara, Gujarat 390001

The Makarpura Palace was built in the year 1870 by the majestic king Maharaja Khanderao. The style of the entire palace is Italian with magnificent sculptures. It is actually said that it was a summer palace where their Royal family spent their time in summers. At present this palace constitutes the military grounds of the Indian Air Force.
Address: The Makarpura Palace, Vadodara, Gujarat, 390001, India
Phone: +91-265-2427489

The Pratap Vilas Palace is also named as the Lal Baug Palace. It is also known as The National Academy of Indian Railways. This palace was built in the year 1914 in the rejuvenating and awakening architecture. The entrance of the palace is covered with dazzling carvings and the palace is acclaimed for its architectural splendor.
Address: Pratap Vilas Palace Lalbaug, Manjalpur, Vadodara, Gujarat 390004

The Qutbuddin Hajira or the Hajira Maqbara is dedicated to the general of Akbar, Qutbuddin Muhammed Khan in the year 1586. 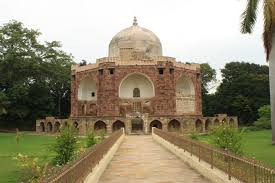 This historical excavation is located among the lush green lawn and ravishing designs on the windows and arches of the tomb.
Address: Tagore Rd, ONGC, Danteshwar, Vadodara, Gujarat 390004

Sri Aurobindo Niwas is the home of the esteemed Guru Sri Aurobindo, who resided in the vicinity for over 12 years. The place is known for serene and spiritual aura and environment that charms the tourists. 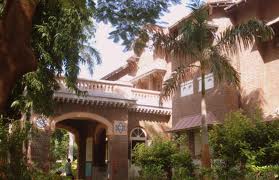 Dabhoi is a historical village of Vadodara known for its natural beauty with a royal fort and prolific designs. It was formed by the ruler Siddhraj Jaisinh before the 13thcentury. 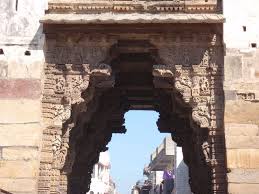 It is historically significant for the intricate walls and other structure that take the people back to the ancient periods. The site has four gates for entry in the area.

Chhota Udepur is a small town of Vadodara with a rich historical background. The town is renowned for its temples and a tribal museum. The place is basically famous for its scenic beauty located close to a lake. A number of temples are seen in this place which adds to the grace of the town.

The Mandvi Gate is a magnificent spot in the flamboyant city. This gate was constructed during the reign of the Mughals and is now a roaring market place in Vadodara. During the festivals and other occasions this gate is a treat to the eyes of the visitors be it locals or tourists.
Address: Mandvi Gate Cir, Sulemani Pol, Mandvi, Vadodara, Gujarat 390006

As the name suggests, Nyay means justice and mandir means temple. Therefore, the meaning of Nyay Mandir is the temple of justice. This is one of the primitive architectural structures of Vadodara. The district court is housed in this place. It has a hall in the centre with montage work on the tiles.
Address: Nyaya Mandir, Vadodara, Gujarat, 390001, India
Phone: +91-265-2427489

Lehripura Gate is an historical site of Vadodara. It was built in the year 1558 as the gateway for the west towards the Old Vadodara. The Gate has appealing structures with awe-inspiring arches.
Address: Lehripura Gate MG Rd, Kamala Nagar, Bajwada, Chokshi Bazar, Vadodara, Gujarat 390001

Sayaji Bagh is a prominent historical spot in the city built by Maharaja Sayaji Rao III. The premises comprises museums, a zoo and art gallery which are often visited by people. It has spic and span cultivated lawns and gardens which are a must to be seen.
Address: Dak Bunglaw, Sayajigunj, Vadodara, Gujarat 390001

Khanderao Market was founded by the great ruler Sayaji Rao III in 1906. Presently, this place is used for cultural activities and festive celebrations. The gate from where people enter is beautifully designed and made. It is an illustrious building in Vadodara.
Address: Prof Manekrao Rd, Kevdabaug, Vadodara, Gujarat 390001