Vadodara, previously known as Baroda is a city in Gujarat. It is a dazzling city of the state and the third most populated one. It crosses a population of around one Million. The city is largest after Ahmedabad and Surat. The city was majorly uplifted by the charismatic ruler named Maharaja Sayaji Rao III who was also a commendable city planner. This dynamic rule had dream to convert the simple city into a major institutional, industrial and commercial hub, which he accomplished successfully. The city goes back to the 9th century when it was named as Ankottaka which was located on the banks of the River Vishvamitri. Ankottaka was a famous center of Jainism around the 5th and 6th century AD. Vadodara is known as the Sanskari Nagari due to due to the vibrant cultural traditions prevailing in the city and the industrial development in the city. The city is situated to the southeast of Ahmedabad, about 140 kilometers from Gandhinagar. It connects the railway line and the national highway from Delhi to Mumbai. 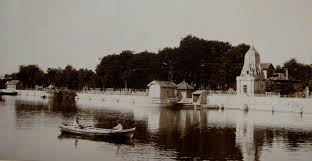 During the days of the British rule in India, Vadodara was a regal state of the Marathas. It was ruled by the Gaekwad rulers and was ranked as one of the richest and biggest royal states in India. The city was also called Chandravati once upon a time after the great ruler Raja Chandan. Post this it was named as Viravati, which meant land of the brave and thereafter, it was called Vadpatra due to the plethora of Banyan trees around the river Vishvamitri as Vad means Banyan tree in Sanskrit. Finally, however, the city was decided to be called Vadodara from this derivation of Vadpatra.

The history of Vadodara dates back to 812 AD. Around that time the city was just a tiny settlement in Gujarat. Till about the year 1297, Vadodara was governed by the Hindu kings after which was handed over to the Sultans of Delhi. Post this period, the Sultans of Gujarat came into existence in the year 1573 and their reign lasted for about 100 years. After the Sultans, the city was taken over by the Mughals and finally Marathas conquered the city in 1730. During the Maratha kingdom, Maharaja Sayaji Rao III was entitled as the great ruler who completely gave a facelift to the city by creating various exciting establishments. 1802 was however, a period of British rule which faced problems until Independence. After Sayaji Rao, many successors conquered the throne and improved the look of the city by constructing landmarks such as parks, lakes, gardens, palaces, forts, museums and urban centers to preserve a rich historical heritage which prevails till date.

The majestic ruler Maharaja Sayaji Rao III, worked tremendously to reform the city into a cosmopolitan city by encouraging industries, textiles, chemical and oil factories. Apart from these, he also introduced social revolutions in the place alone with educational development.

In order to preserve, the cultural and historical events of Vadodara, there have been establishments such as palaces, temples, gardens and museums for tourists and locals to refresh the memories and derive information about the glorious past of the magnificent city. Some of these sites which preserve the vibrant history are Laxmi Vilas Palace, Kirti Mandir, EME Temple, Sayaji Baug, Maharaja Fatehsinh Museum, Vadodara Museum and Gallery, Maharaja Sayaji Rao University, Champaner, Sindhrot, Jamughoda, Ajwa Lake, Mandvi Gate, Makarpura Palace, Lehripura Gate and the Aurobindo Ashram.

On your journey to the flamboyant land of Vadodara, these sites must be covered to study the long lost history of the city which is of great significance.