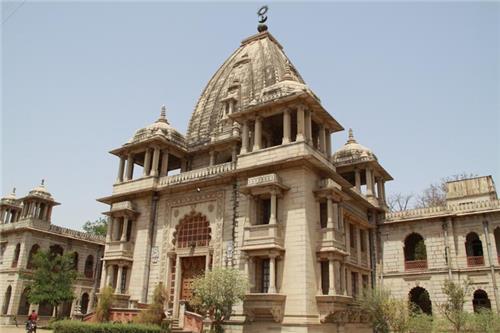 As far as temples are concerned, they are religious places for Hindus with idols and Hindu prayers recited in front of the idols of gods and goddesses. They are very peaceful places of worship. Some of the most acclaimed religious temples of Vadodara are EME Temple also known as Dakshinamurthy Temple, Gayatri Mandir, Hari Dham Mandir, Sri Lal Nandan Hanuman Mandir, Swami Narayan Temple, Kirti Mandir, Gauri Shankar Mandir and Navdurga Temple.

EME Temple is one of the choicest tourist destinations of Vadodara and a prolific structure carved of aluminum sheets. The temple was built in the year 1966. This temple is dedicated to Lord Shiva and is also known as Lord Dakshinamurty Temple. 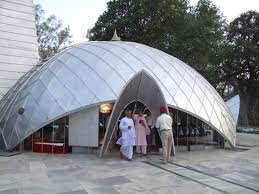 The EME Temple is constructed in a way to depict peace and harmony among people of all religions.

Hari Dham Mandir is a popular Swami Narayan Temple of Vadodara located in Sokhda. The complete name for this temple is Shree Hindu Akshar Purushottam Swaminarayan Temple. It is a Hindu temple and also has society named as the Yogi Divine Society where many people come for meditation and yoga.
Address: Shanti Nagar, Panchvati, Vadodara, Gujarat 390016

Shri Lal Nandan Hanuman Mandir is a famous Hanuman Temple built in Vadodara in Gajara Wadi. It is a popular Hindu temple dedicated to Lord Hanuman. It is very beautifully carved and constructed by the archeologists. The architecture of the temple is very flamboyant and a number of devotees visit this temple during a trip to Vadodara.
Address: Gajra Vadi, Vadodara, Gujarat

Swami Narayan Temple is a magnificent temple of Vadodara situated in various areas of the city like Karelibaug, Moghul Wada, Atladara, Hari Nagar and Sayajigunj. 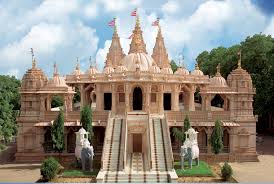 It is a temple dedicated to Swami Narayan, as the name suggests and is ornamentally decorated and carved. It is a famous temple for Hindus and is also visited by the other people.
Address: Karelibaug, Vadodara

Kirti Mandir is also known as the Temple of Fame built by the Gaekwad rulers. The Kirti Mandir is not one temple, but a cluster of temples dedicated to Lord Shiva. It is located near the Vishvamitri Bridge in Vadodara. It is a breathtaking temple of the city made of exquisite structures.
Address: Kirti Mandir Kothi Rd, Dak Bunglaw, Sayajigunj, Vadodara, Gujarat 390001

Gauri Shankar Mandir is located in Makarpura in Vadodara. It is built in the hills which is the prime attraction of this temple. As signified by the name, this temple is also devoted to Lord Shiva and Parvati. It is an ancient temple of the city with two magnanimous gates for entry on the southern and eastern sides.

Navdurga Temple is located in Ranoli in Vadodara. This temple features the idol of Goddess Navdurga. It is an imposing temple visited by a large number of tourists and is highly acclaimed for its beauty and serenity.
Address: Ranoli GIDC, Ranoli, Vadodara, Gujarat 391750

Churches are also commonly found in Vadodara. They are dominantly built for Christians but other people also visit these sites. Some of the common churches found here are Brethren Church, Catholic Church, Rosary Church and Methodist Church.

The Brethren Church is one the most sought after churches in Vadodara located in Fatehgunj. It is a very peaceful place for Christians. It is also known as the Christian Brethren Assembly. A number of Christians and non Christians visit this place for worship.
Address: A 106, Kamal Kunj Aparlment, Fatehgunj, Fatehgunj, Gymkhana Rd, Fatehgunj, Vadodara, Gujarat 390002
Phone:0265 278 6011

The Rosary Church is named as Our Lady of Rosary Church. It is situated in Pratapgunj in Vadodara. It is a beautiful church of the city and is very captivating and attracts a huge number of people.
Address: Pratapgunj, -, Pratapgunj, Vadodara, Gujarat 390002
Phone:0265 279 4008

The Methodist Church is situated in Fatehgunj in Vadodara near Saffron Tower. It is church made in red color. The complete name of this church is Centenary Methodix Church. It is one of the biggest Protestant churches in Vadodara.

Moving on to mosques in Vadodara, some of the famous ones in Vadodara are Jama Masjid and Godhra Mosque.
Address: Santoknagar Society, Ramwadi, Vadodara, Gujarat 390024

Jama Masjid is located in Gandigate Road in Vadodara. It is a place of worship for the Pathans. Jama Masjid actually means public mosque. It is a major historical as well as religious site of the city visited by a number of visitors.

Vadodara also has some Jain Temples owing to the majority of Jains living in the city like Akota Jain Temple, Janseva Kudarati Upchar Kendra.

Janseva Kudarati Upchar Kendra is located in Manjalpur area of Vadodara. It is a place for all Jains. It is famous place for Jains where first aid and medical help is provided to the people.