Sports in Vadodara form a major part of a city’s activities and culture. Sports have forever been a striking feature of the culture of the city. The most prominent sport played and enjoyed in Vadodara is cricket. Some of the most talented cricketers belong to Vadodara. Apart from this famous sport, the other commonly practiced and played games include football, tennis, table tennis, hockey and volleyball. The city also excels in athletics and many famous athletes have emerged from Vadodara. The AIMS recognized international marathon is organized in Vadodara every year. 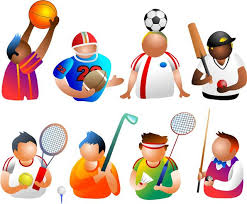 Vadodara constitutes one of the best cricket teams which participate on state and national level. This cricket team has won several awards, tournaments and championship. Vadodara hosts some famous stadiums where these matches are held one of which is the Moti Baug Cricket Stadium. There are also some private cricket stadiums in the city where one day matches take place which include national and international tournaments. Some eminent cricketers include Anshuman Gaekwad, Kiran More, Chandu Borde, Irfan Pathan, Vijay Hazare, Zaheer Khan, etc.

The popularity of tennis in Vadodara is much greater than average. It is practiced and taught in schools, colleges, clubs and unions. There are many courts where tennis is played, which include Gaekwad Baroda Golf Club, The Maharaja Pratapsinh Coronation Gymkhana and Baroda Presidency Sports Club. The Baroda Tennis Player’s Association is the main academy where beginners are taught of all age groups and no experience.

Table Tennis is also famous in Vadodara. This sport is played across a table where the opponents are on opposite sides. A net is placed in between the table. The players pass a plastic ball over the net to the other side and the other side players have to hit it back to the other side. The ball should not touch the net at any time and should not fall off the table. It is a game of two or four players. The Table Tennis Association of Baroda or Vadodara is an academy where table tennis is taught and practiced. Tournaments are also held in this academy on state and national levels.

A hockey league has been started by the Hockey Association of Vadodara. Hockey is team sport played between two teams of eleven players with hockey sticks and a hard, solid plastic ball.

Badminton is a game played with two rackets, one shuttle cock and a high net screwed to the ground in between. It is played by two or four players. It is a both an indoor and outdoor sport. The Gaekwad Baroda Golf Club accommodates badminton courts in the premises.

The Vadodara Marathon is held every year since three consequent years. It lasts for three months. People from all over the world gather to be a part of this prestigious event. It is recognized by the AIMS foundation. Many major athletes also participate in this marathon.