Places to Visit in Vadodara

Vadodara is a mesmerizing city of Gujarat also known as Baroda. The city is situated on the banks of the River Vishwamitri. It was given several names before the current name Vadodara. Vadodara is a delightful city for tourists and locals. Vadodara is a major industrial city of Gujarat. Vadodara is a dazzling cultural city with all traditions followed and practiced till date. It is also called the Sanskari Nagari due to the traditions it holds and the people follow. The festivals celebrated in Vadodara are grand and celebrated with complete enthusiasm and glory. Art and craft is also very common here hosting a number of gala exhibitions by painters and artists.

The Laxmi Vilas Palace was constructed in the 19th century by the architect named R.H. Chisholm. It is carved of red sandstone with Rajasthani marble and blue trap stone imported from Pune. This breathtaking palace has a very pleasant approach with stunning interiors. It is one of the most sought after tourist attractions of Vadodara.
Location:
Moti Baug, JN Marg
Vadodara, Gujarat 390001
Phone:0265 242 6372

Sayagi Baug is a prime garden of Vadodara. It was built by Sayajirao III also named as the Kamati Baug. 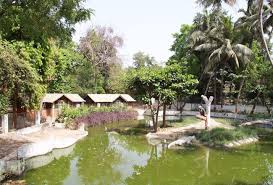 It is a part of the Baroda Museum housing incredible Asian statues and carvings, pieces from the zoo as well as an Egyptian Room. It also exhibits some of the most spectacular miniatures of the Mughal era.
Location:
Dak Bunglaw, Sayajigunj
Vadodara, Gujarat 390001

The Nazar Baug Palace is a majestic palace of the Gaekwads constructed by Malhar Rao Gaekwad in the late 19th century. 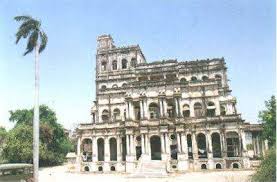 This palace was basically used during ceremonial occasions by these rulers. Currently it comprises of antiques made of solid gold and silver including guns, etc.
Location:
Panigate Rd, Bhaiswada, Chhipwad
Vadodara, Gujarat 390006

The spectacular museum of Vadodara was built in 1894 AD by the Gaekwads. This museum exhibits pervasive collection of relics pertaining to a vast variety of personal collections of the great ruler Maharaja Sayajirao III. 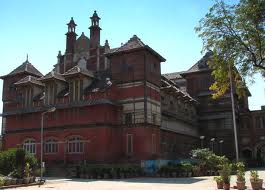 There are over 100 miniature paintings from the Mughal times.
Location:
Dak Bunglaw, Sayajigunj
Vadodara, Gujarat 390001

Aurobindo Ashram was originally the residence of Aurobindo Ghose from 1894-1906. Post this the ashram was converted into a tourist spot visited by many eminent people. It is a palatial bungalow.

Now it is used as an ashram accommodating a huge library of the literature created by the scholar Aurobindo. It is also famous place for meditation and features some of the most intriguing relics of Shri Aurodindo.
Location: Sri Aurobindo Nivas
Dandia Bazar, Vadodara - 390001
Phone: 91-265-2412685

These caves date back to the 1st and 2nd century AD close to Bharuch. They are actually Buddhist caves with colossal lion pillars. 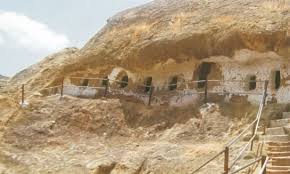 Within the vicinity there are seven caves and a brick stupa found at the foot hills.
Location:
Zazpor
Gujarat 393110

The Maharaja Fateh Singh Museum is a dominant tourist attraction of Vadodara. It is acclaimed for its plush collection of artifacts dating back to the 19th and 20th centuries. 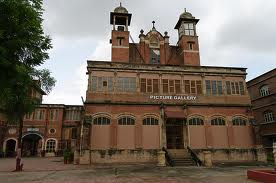 It houses some of the finest paintings of the European painters, western and Indian miniature paintings, and Japanese and Chinese art. This museum is located in the Lakshmi Vilas Palace.

The EME Temple is a famous Shiva Temple also known as Dakshinamurty Temple run by the authorities of the Indian Army in Vadodara. It is located in the Cantonment area of the city. The temple is carved of aluminum and alloys. It displays splendid idols of the gods and goddesses. It glows in the night which makes it look awe-inspiring.
Location:
EME Road
Vadodara, Gujarat

Sur Sagar Lake is a popular place for sightseeing in the city. It is one of the largest manmade lakes of Vadodara in the shape of a circle. This is an exquisite lake of the city centrally located. 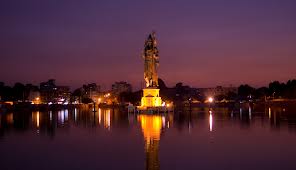 The lake is mostly filled with water which increases during the rainy season. It is surrounded by stones and concrete.

The Makarpura Palace was built by Maharaja Khanderao in 1870. 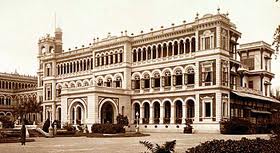 The palace is the current home of the Indian Air Force that lies beyond military grounds.

Kirti Mandir is a temple built by the Gaekwad rulers located in Vadodara. It was built by Maharaja Sayajirao Gaekwad III. It is a conglomeration of temples built in the name of Lord Shiva. It is also known as the Temple of Fame built in the memory of the departed members of the Royal Gaekwad family.

Nyaya Mandir is the temple of Justice a unique piece of the Byzantine architecture. The district court has been made in this place currently. The main hall of the place is decorated with mosaic tiles and a statue of Chimnabadi who was the wife of Maharaja Sayajirao Gaekwad III.

These are some of the places that should be a must on the sightseeing list for all the travelers visiting Vadodara as well as the residents of the city. This information should be handy while planning your itineraries.