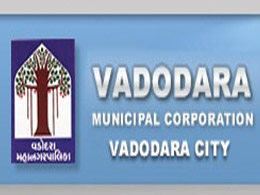 The IAS commissioner on the other hand caters to the administrative wing and is accountable for operation, planning and development of the Corporation. The commissioner takes the major decisions and distributes the responsibilities to the other members of the corporation along with handling some of the major ones himself.

In terms of administration, Vadodara is divided into four main zones which are East, West, North and South. The city is further sub-divided into wards. The corporation is headed by the Municipal Commissioner, appointed by the government of Gujarat. The IAS officer is the commissioner of the Municipal Corporation. He executes the power of the complete house. There are separate wards with three officers in each. An election takes place to decide on the officers to be working for the government. The party is headed by the mayor who is also elected during the election. This mayor looks after the daily running of the city services, municipal school board as well as the bus services provided by the city, the municipal hospital and library.

The services provided by choice to the people of the city by the Municipal Corporation of Vadodara include construction and maintenance of maternity homes and infant welfare houses, central laboratories, swimming pools and other health services, road side tree plantation, holding exhibitions, matches and tournaments, maintenance of ambulance services, constructing theatres, museums and community halls, etc.